It is official, we will be premiering Coast Modern to a home town audience on Tuesday May 8th at the Vancity Theatre here in Vancouver. We’re thrilled to be part of what looks to be a superb documentary film festival. We attended the press launch yesterday and saw a sampling of the incredible films on offer. Check DOXA for complete festival info and early bird CoMo tickets. Stay tuned to our social channels for event info as we move into April. It’s been a long journey and we can’t wait to share the film with the world. 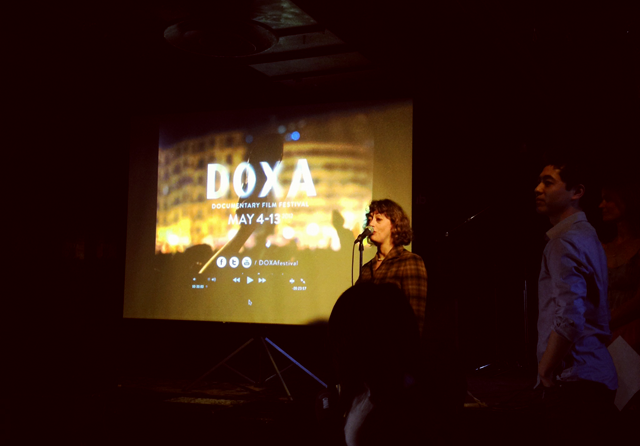 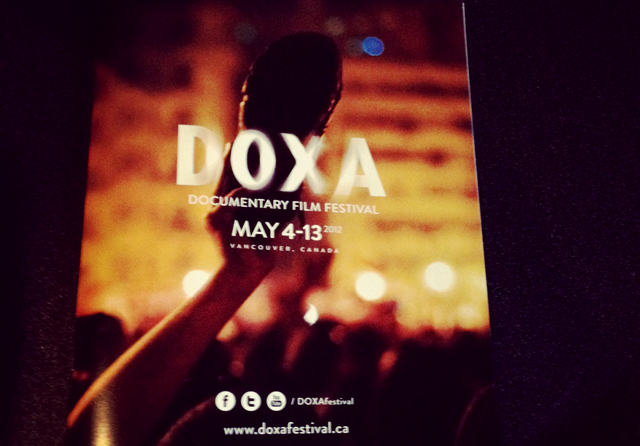 Cool upcoming exhibit about the people who helped shaped West Vancouver. Take a close look at the defining West Van spirit through some remarkable photographs and artifacts. Note the superb indoor/outdoor connection and 45 degree cedar roofline in this 1911 photo. Event details below.

As part of West Vancouver’s centennial celebration, the West Vancouver Historical Society presents A Journey Through Time, an exhibition of archival photos and artifacts collected through the past one hundred years. This exhibition highlights the development of the community by featuring the places and people who helped define West Vancouver.

Admission to this exhibition is by donation. 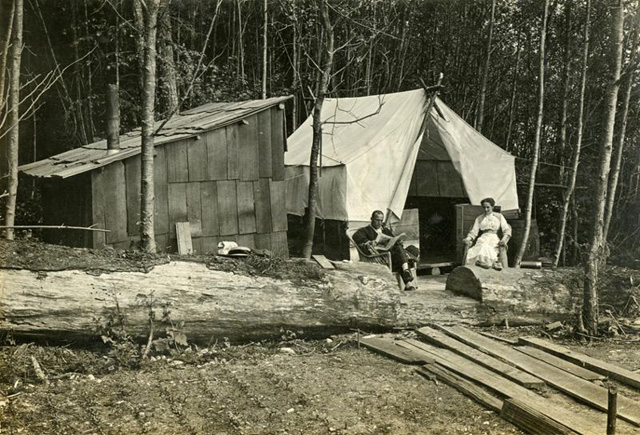 A classic piece of westcoast modern architecture is up for sale in West Vancouver. Designed by Paul Merrick in 1971, The Merrick House has been lovingly owned by Lorne Rubinoff for over 30 years. Rubinoff is holding open houses each weekend until it is sold to the right buyer. Lorne recently invited Paul Merrick back to design a renovation and to treat the design as if the house was still his own. We shot the house for our film and can tell you that it is truly incredible, a very special place. I can only imagine what living there would be like. Lorne is hoping to find a buyer that is looking to experience the magic that this award winning home has to offer. Call Lorne direct at 604 783 5762 or email him here if you have any questions. 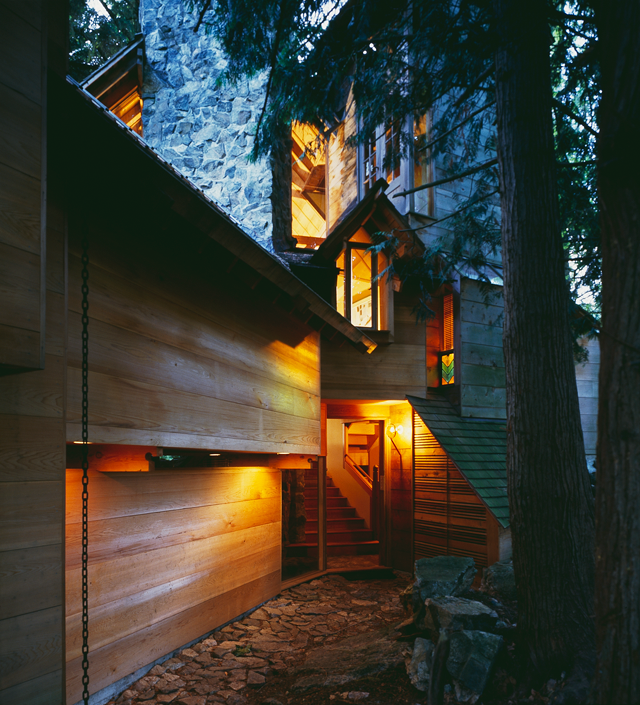 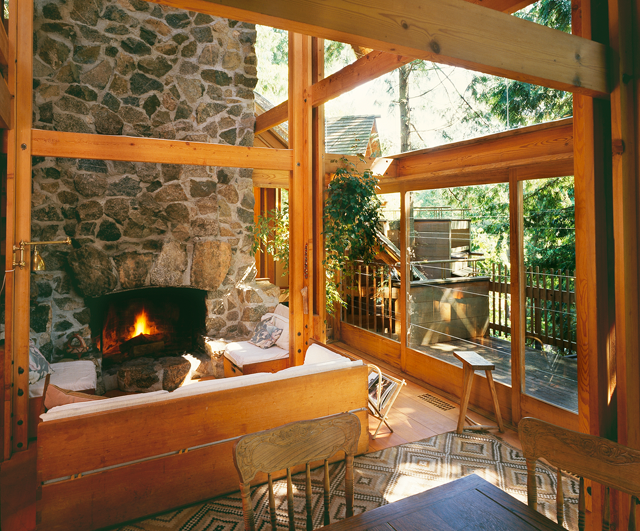 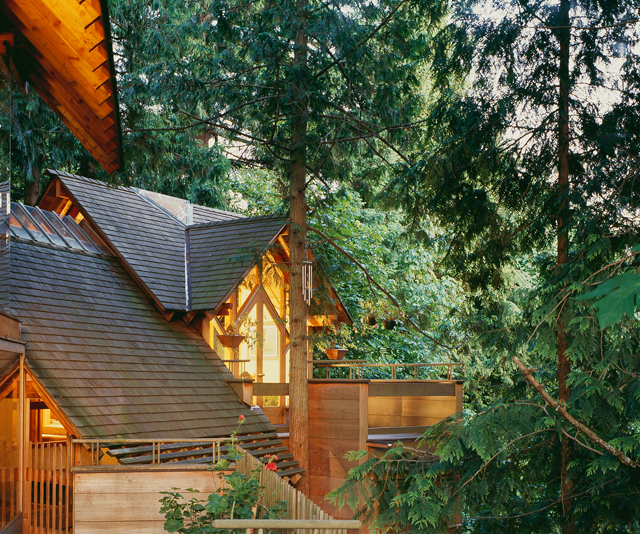 We are in the final push for the finish line and are having a little party to help raise some finishing funds for the film. Posters, Oysters, music, surprises and a bar all inside Ouno Design’s incredible converted church in Vancouver’s Strathcona neighbourhood. How better to start a long weekend? Scoop a poster, have a drink, shuck some Oysters and shake it with some friends. Music courtesy of Nordic Trax featuring Luke McKeehan and Dana D. Tickets available online. First come first serve on poster choice. 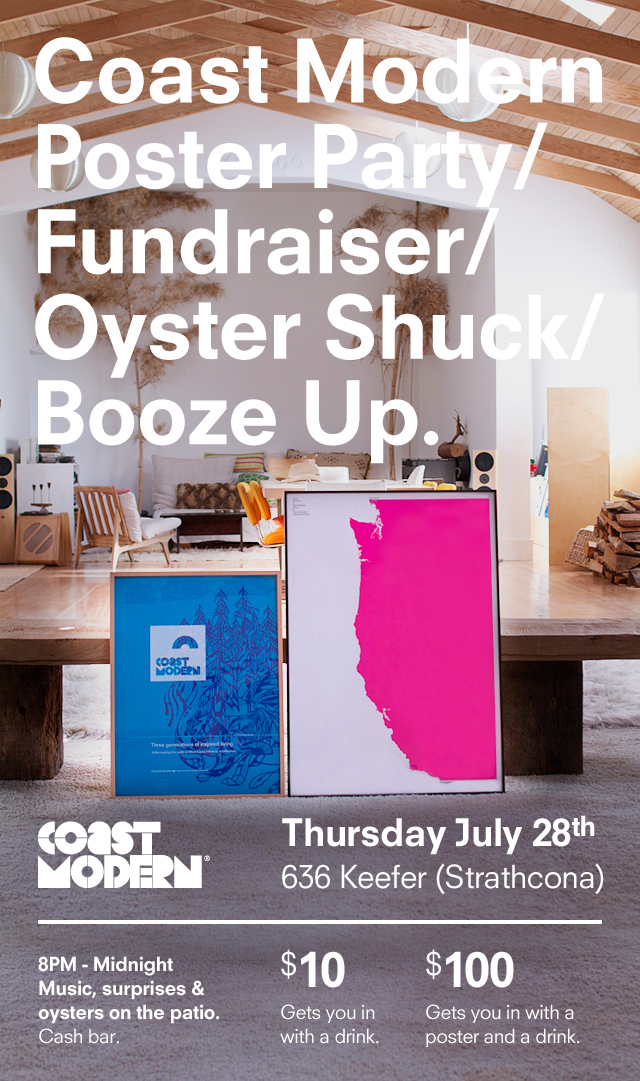 We’ll be presenting at Pecha Kucha Night volume 17, June 23 at the Vogue Theatre here in Vancouver. This is a special edition of the ever popular PK series focusing on West Coast Modernism. Grab your tickets early as they always sell out fast. We’ll be tweeting details as we get closer to June.

We’ve been editing & shooting for the past 3 months and have just completed an incredible final burst in California. May is going to be an intense month in the edit suite to get the film finished. Thanks to all our friends in Los Angeles and San Francisco, we had a blast. As always, we have learned so much and laughed so hard. 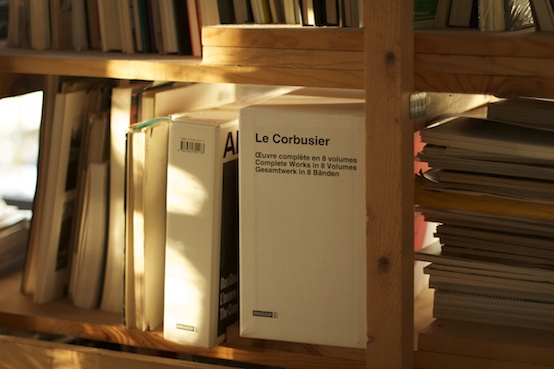 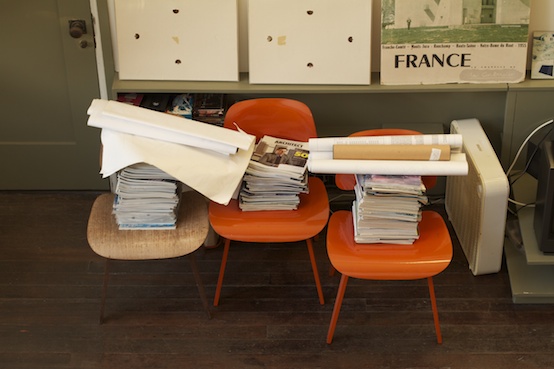 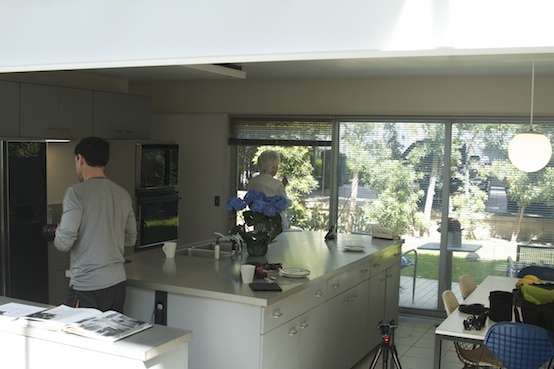 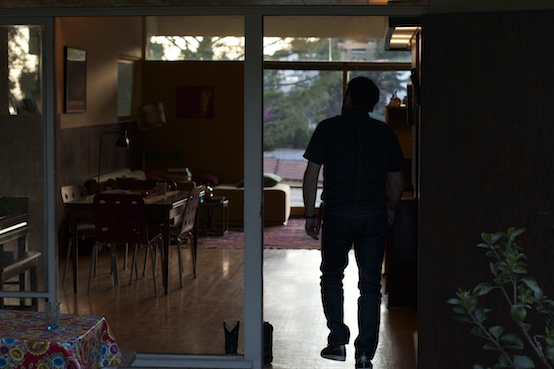 CoMo pal and architect extrodinaire Barbara Bestor has unleashed her Silent Disco intalation at Sci-Arc in Los Angeles. Barbara is a true innovator and we simply can’t say enough about her and her team. If you’re in LA do check it out. Disco Silencio will be on exhibit at SCI-Arc Gallery until May 15. On April 8, 7pm, catch an exhibition discussion with architect Barbara Bestor and SCI-Arc Director Eric Owen Moss. Sci-Arc 960 East 3rd Street, Los Angeles. 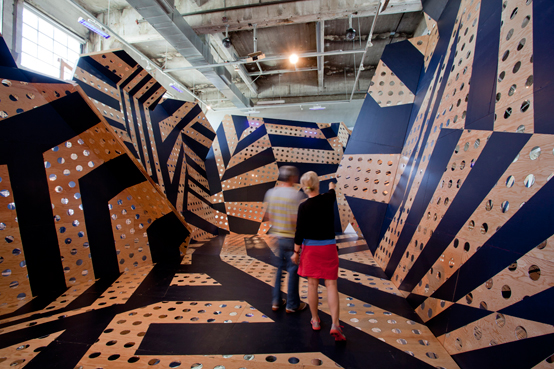 There’s a Neutra party happening on the weekend of April 8th in LA. Check the events lineup and get inside some of these landmark California designs. You haven’t been into a modern house until you’ve been inside a Neutra. The Saturday and Sunday events look like stand outs to us. Details here.

From Dion Neutra.
Join us to celebrate ‘Neutra Practice at 85 weekend’ April 8-10, 2011. Richard Neutra founded this firm in 1926 while he was still living in the Schindler House. Shortly thereafter, came the birth of his second son, Dion. At about this time, he was working on his first major project the Jardinette Apartments (1927) in Hollywood. A couple of years later, the Lovell Health House (1929). After a distinguished 40 years, he joined his architect son, in as partner and vice president in 1965. Dion has carried on the firm since his father’s death in 1970, now himself for an additional 40 years. This is what we celebrate on this occasion. Join us!

Contact Info:
Phone/Fax: 323 666 1806 Website: www.neutra.org Email: dion@neutra.org
You can still support even if you can’t attend and your purchase is tax deductible. 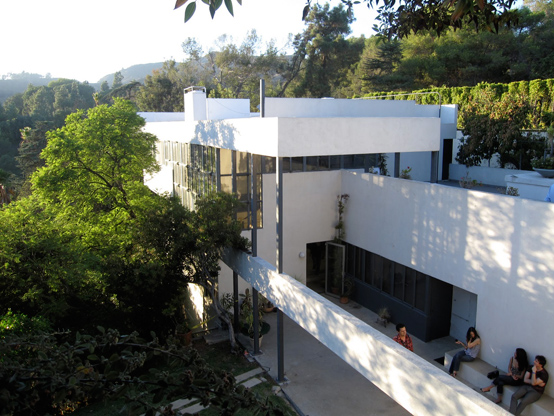 Here’s a look at Neutra’s Lovell House featured in LA Confidential-Get inside this house on April 10th! 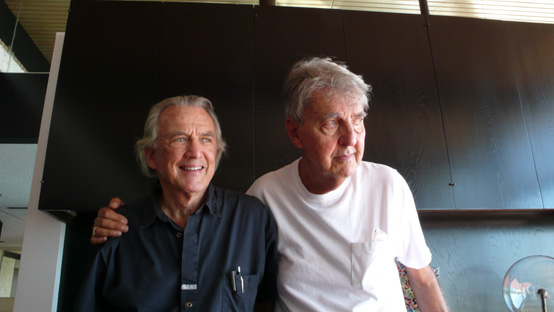 Thought we’d share these earthquake survival tips we received from LA’s architecture royalty Dion Neutra. This man might know a thing or two about structural integrity and living on the coast. Seems like the gist of survival during an earthquake is to get into a void. Read these tips and comment if you know anything more.

1) Most everyone who simply “ducks and covers” WHEN BUILDINGS COLLAPSE are crushed…people who get under objects, like desks or cars, are crushed.

2) Cats, dogs and babies often naturally curl up in the fetal position. You should too in an earthquake… It is a natural safety/survival instinct. You can survive in a smaller void. Get next to an object, next to a sofa, next to a large bulky object that will compress slightly but leave a void next to it.

4) If you are in bed during the night and an earthquake occurs, simply roll off the bed. A safe void will exist around the bed. Hotels can achieve a much greater survival rate in earthquakes, simply by posting a sign on the back of the door of every room telling occupants to lie down on the floor, next to the bottom of the bed during an earthquake.

5) If an earthquake happens and you cannot easily escape by getting out the door or window, then lie down and curl up in the fetal position next to a sofa, or large chair.

8) Get Near the Outer Walls Of Buildings Or Outside Of Them If Possible – It is much better to be near the outside of the building rather than the interior. The farther inside you are from the outside perimeter of the building the greater the probability that your escape route will be blocked.

10) I discovered, while crawling inside of collapsed newspaper offices and other offices with a lot of paper, that paper does not compact.  Large voids are found surrounding stacks of paper.

We’ve finally connected with the one and only Barry Griblin here in Vancouver. We are so excited to have Barry on board with Coast Modern. We’ve long admired his early work and are excited to see his current work (the photos are incredible). Barry is a really important piece of the CoMo puzzle as he’s always believed in doing a lot with a little. Here’s a sneak peak at some of Barry’s West Coast wizardry circa 1974. We can’t wait to share with you the man they call Barry Griblin. 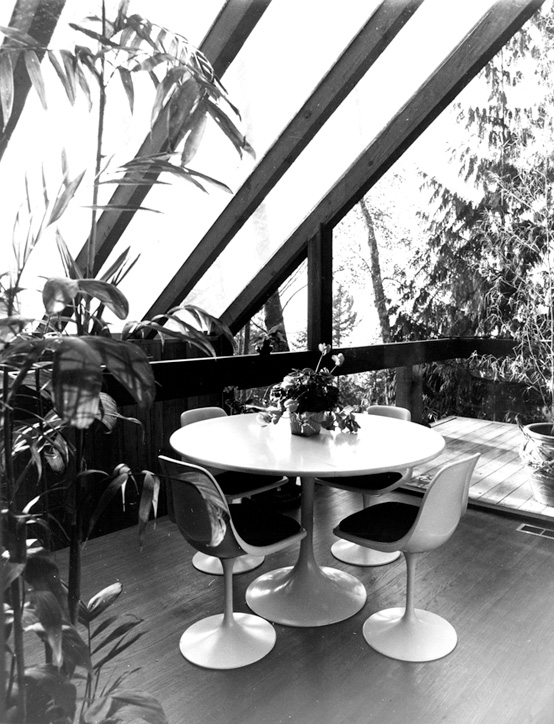 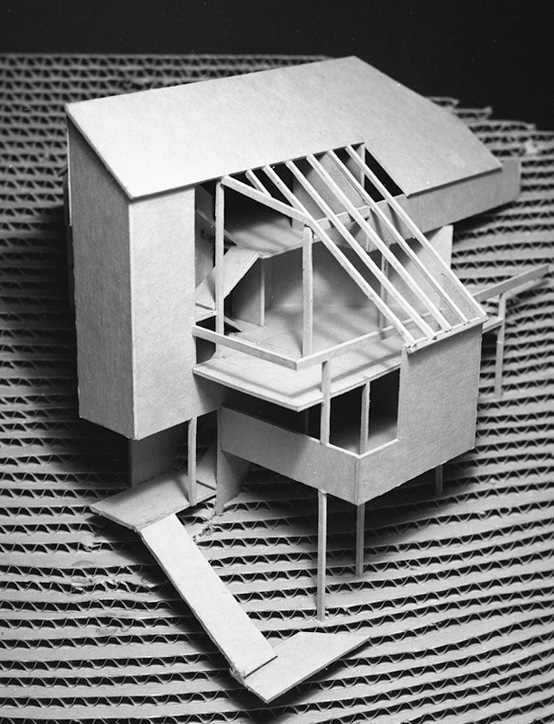 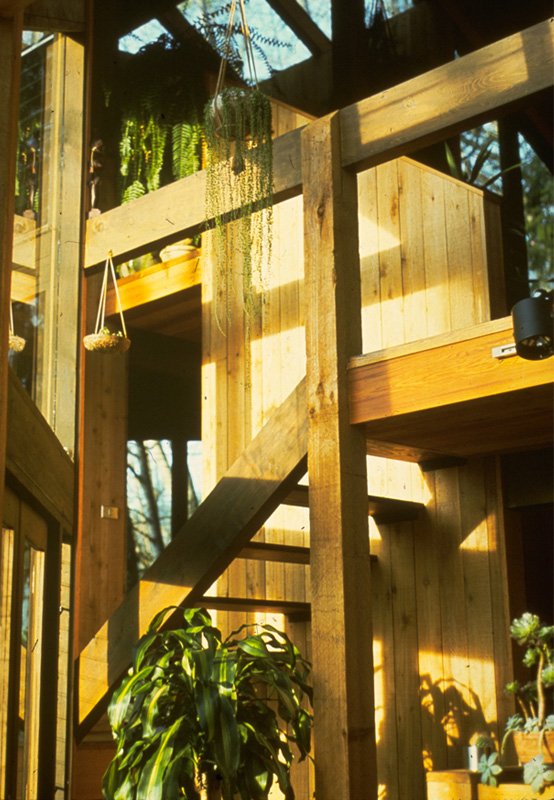